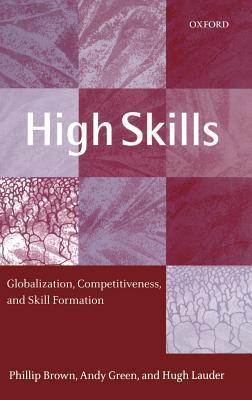 This view of knowledge-driven capitalism has led all the developed economies to increase numbers of highly-trained people in preparation for technical, professional, and managerial employment. But it also harbours the view that what we regard as a skilled worker is being transformed. The pace of technological innovation, corporate restructuring, and the changing nature of work require a new configuration of skills described in the language of creativity, teamwork, employability, self-management, and lifelong learning.

But is this optimistic account of a future of high-skilled work for all justified?- This book draws on the findings of a major international comparative study of national routes to a high skills economy in Britain, Germany, Japan, Singapore, South Korea, and the United States, and includes data from interviews with over 250 key stakeholders. It is the first book to offer a comparative examination of high skill policies - a topic of major public debate that is destined to become of even greater importance in all the developed economies in the early decades of the twenty-first century.